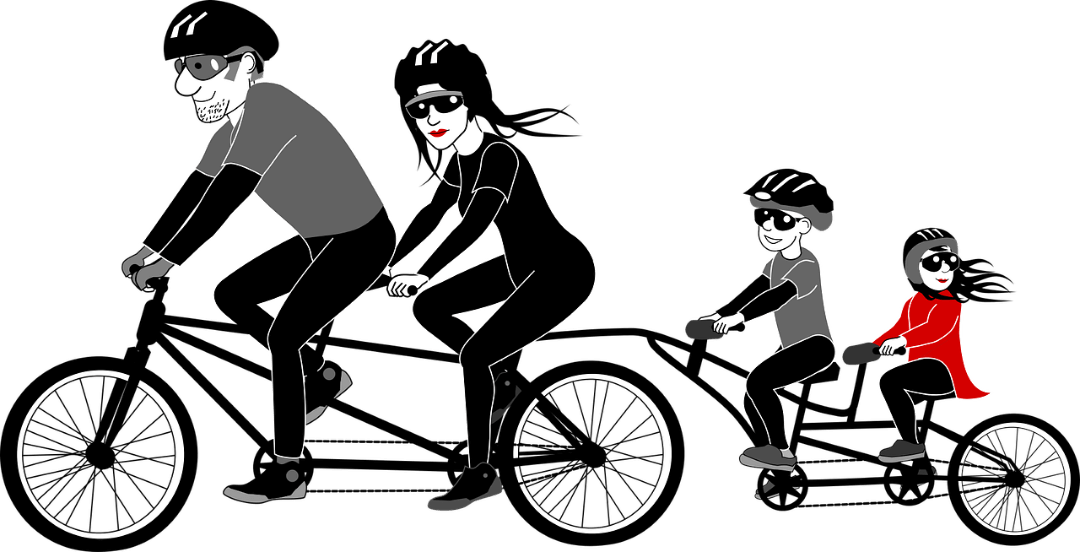 The intact family unit is under attack.  As more and more couples succumb to the pressures of modern society and cultural correctness, the traditional family system is systemically being redefined and restructured.  Harried lifestyles and shifts in basic value structures have reconceptualized the two-parent family as an antiquated if not ineffective means of rearing children and sustaining strong couplehoods.

As co-habituating, divorced, remarried, and never-married couples become the new norm, children are being increasingly subjected to the inherent instabilities that result from these types of relational shifts and reconfigurations. This influx of moral slippage has resulted in a decrease of direct parental instruction and oversight in the home.  As parents increasingly turn to service providers outside the home as a means for fulfilling what has historically been considered parental duties, these outside service providers and influencers have become the primary source through which children build their sense of identity and the value systems that will frame their adult lives.

The Importance of Building a Biblical Worldview in Childhood.

There is no way to overemphasis the importance of strong parental influence during childhood.  Because the basic values, virtues and moral compass of every human being are foundationally developed in their formative years, the dynamics to which they are exposed in the home become a template for future relational, spiritual, and emotional health. Healthy couples and healthy families naturally produce healthy children who grow into healthy mature adults.

This dynamic is especially relevant when considering how a biblical world view is constructed. As one of my favorite authors on this subject has explained, a biblical or Christian worldview is an overarching, unified belief system founded on God’s Word and God’s Truth that applies to “social issues, history, politics, anthropology, and all the other subject areas” (Pearcey, 2005, p. 33). Thus, as further expressed by Pearcey, “God’s Word becomes a light to all our paths, providing the foundational principles for bringing every part of our lives under the Lordship of Christ, to glorify Him and to cultivate His creation” (p. 56).

The Familial Home as the Primary Seat of Learning

The establishment of Christian values in childhood, adolescence, and young adulthood are strongly correlated to the values, life principles, beliefs and perceptions, that manifest in adulthood. Ideally, this training or instruction is best facilitated by the child’s parents in the security and consistency of the familial home. The day-in-day-out experience of being exposed to, instructed in, and taught by principled, value-driven, and biblically grounded parents is by far the most effective means of instilling a strong Christ-centered outlook and approach to life.

Recently, I had an opportunity to listen to an interview with George Barna on the weekly Truth and Liberty broadcast. Following the broadcast, during the concluding questions and answer segment, Barna responded to a viewer question about whether or not the statistically low number of people who profess a biblical worldview is a result of God being taken out of the public school system.  Without hesitation, Barna responded, “No, I would say the primary reason it happened is because God has been taken out of our family relationships.”  Barna continued saying, “…when we look at families across the country… biblically you go back to Deuteronomy 6 [where] it says our job as parents, first and foremost, is to make sure our children are raised as followers of Christ, to know God’s word and to live according to it, and to honor and glorify Him with everything we’ve got.”

I Wanted to Stand and Applaud.

Can you even imagine the impact this type of parenting would have on the future of our youth, the future of our country, and the future of the world?  Talk about a discipleship program.  Here is the most fundamental type of discipleship there is.  A parent leader (disciple) discipling (teaching/training) their child(ren) who in turn will, as they reach maturity, be prepared and equipped to disciple (teach/train/lead) others into a rich, full and intimate knowledge of Christ.  Now that is powerful!

An Army of Parent Leaders

Such a directive would require nothing less than an army of Parent Leaders dedicated to not only discipling their children but also taking on the personal responsibility of raising their own individual and collective level of spiritual maturity. The fact remains that if you want to grow strong, principled, discerning, and biblically grounded children, adolescents, and young adults, you must first raise up a militia of parents willing to take on the challenge of becoming sold out Parent Leaders dedicated to training up the next generation by first increasing their own level of “Christ-likeness.”

Parent Leaders who dare to live a counter-culture life that embraces true covenant marriage rejects divorce and assumes responsibility for the biblical education of their children. Parent Leaders who refuse to relinquish their responsibility to build strong family systems that glorify Christ and encourage God-centered communities, workplaces, and government at local and state levels.

Taking up the Challenge of Becoming a Parent Leader

I know it’s a challenge.  It’s a challenge for me as well.  We all have areas of our life that are still under construction and require work… but such a challenge is certainly worthy of consideration.

It would be amazing to see a movement of Parent Leaders who are unwilling to allow the culture to embed a less than Christ-like worldview into the minds of our children.  Parent Leaders who would be willing to take up the challenge of becoming solid, mature members of the body of Christ and then carry that Parent Leader mentality into their own homes, churches, schools, and communities. Yes, it’s quite a challenge, but the benefits of such a movement would be immeasurable.

It All Starts in the Home

The establishment of a biblical worldview begins in childhood and is facilitated by strong Parent Leaders who refuse to allow their children to be taught and trained by God resistant school systems and defined by humanistic, post-modern, or other culturally correct philosophies.  A strong biblical worldview begins in the life and mind of the parental couple and is transferred to their children through intentional instruction and training. Build the couple, build the child, build the family, build the community.  Families are indeed fundamental but Parent Leaders are essential.

In grace and love,

Be Alert | Do your Research | Seek Truth | Stay the Course | God Wins!

Watch the full interview with George Barna on the Truth and Liberty broadcast. CLICK HERE